We have been developing large-scale network methods for knowledge and relation inference. Using such a knowledge graph approach, we have worked on inferring associations, links, and relations in many biomedical and social problems. Our knowledge network inference (and link prediction) methods are scalable for very large networks, such as the massive knowledge graph obtained from Wikipedia which we used for automated online fact-checking [Ciampaglia et al, 2015.]. We have used them to develop active recommendation systems and user libraries for DIS based on adaptive environments which are both collaborative and content-based, as they integrate information from the patterns of usage of groups of users and also categorize database content or semantics in a manner relevant to those groups. One of these systems, TalkMine, further allows the (adaptive) transmission of information across databases, as users may search several databases at the same time. TalkMine entails an open-ended human-machine symbiosis, which can be used in the automatic, adaptive, organization of knowledge in DIS such as library databases or the Internet, facilitating the rapid dissemination of relevant information and the discovery of new knowledge. TalkMine is based on several bio-inspired mechanisms: cognitive categorization as modeled by Fuzzy Set Theory and Dempster-Shafer Theory of Evidence, a connectionist memory architecture, and Hebbian learning for adaptive memory organization.

The links shown denote a strong measure of co-occurrence (proximity) of two journals (the nodes) in user personalities. From this network, two main clusters were identified via Singular Value Decomposition: one pertaining to journals in chemistry, materials science, physics and the other to computer science and applied mathematics. A smaller cluster pertaining to journals in bioinformatics and computational biology is also highlighted. Figure better described in a recent paper describing our network approach to recommendation systems.

Figure shows journals being recommended for the "Cognitive Science" personality of a user. This system is better described in a recent paper describing our network approach to recommendation systems.

The recommendation systems we have been investigating and developing aim at the creation of adaptive knowledge networks that facilitate collaboration among individuals, each with various search personalities. Indeed, I have been particularly interested in collaborative systems that are also strong on personalization---preserving distinct search personalities for each user. The systems we have developed aim at the open-ended self-organization and adaptation of DIS to the particular, diverse needs of their users. We refer to these systems as Adaptive Webs. The TalkMine system, in particular, was originally developed for the library without walls project of the Los Alamos National Laboratory research library. A testbed for TalkMine was development under the Active Recommendation Project. Other recommendation systems based on network models have been developed and are currently implemented in the MyLibrary Web Service at Los Alamos. The figure above depicts an associative network of more than a thousand journal titles accessed by the users of MyLibrary, where the links denote strong co-occurrence associations. The figure below depicts the web interface of this service. 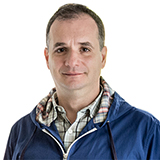 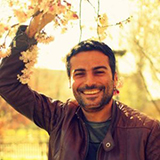 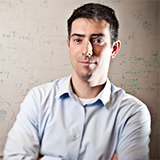 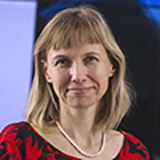 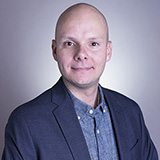 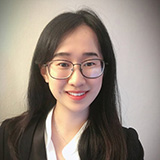 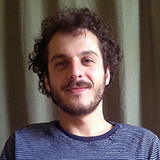 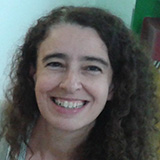 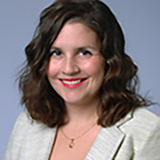 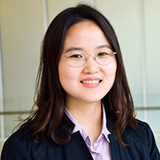 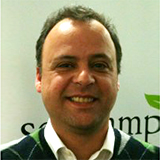 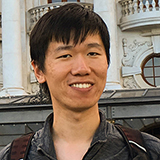