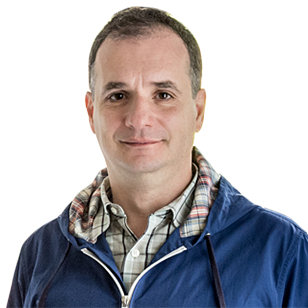 Luis M. Rocha is the George J. Klir Professor of Systems Science at the Thomas J. Watson College of Engineering and Applied Science (Department of Systems Science and Industrial Engineering), Binghamton University (State University of New York), where he leads the Complex Adaptive Systems and Computational Intelligence (CASCI) lab. He is also director of the Center for Social and Biomedical Complexity, between Binghamton University and Indiana University, Bloomington. He has been the director of the NSF-NRT Interdisciplinary Training Program in Complex Networks and Systems, and Professor of Informatics in the Luddy School of Informatics, Computing, and Engineering at Indiana University, where he was a member of the advisory council of the Indiana University Network Science Institute, and core faculty of the Cognitive Science Program. Dr. Rocha is a Fulbright Scholar and is Principal Investigator at the Instituto Gulbenkian da Ciencia. He has been a Visiting Professor a the Center for Theoretical Physics at the Aix-Marseille University, France as well as the Neuroscience Program, at the Champalimaud Foundation and the NOVA School of Business and Economics in Portugal. His research is on complex networks & systems, computational & systems biology, and computational intelligence. He received his Ph.D in Systems Science in 1997 from the State University of New York at Binghamton. From 1998 to 2004 he was a permanent staff scientist at the Los Alamos National Laboratory, where he founded and led a Complex Systems Modeling Team during 1998-2002, and was part of the Santa Fe Institute research community. He has organized major conferences in the field such as the Tenth International Conference on the Simulation and Synthesis of Living Systems (Alife X), the Ninth European Conference on Artificial Life (ECAL 2007), and Complex Networks 2019. He has published many articles in scientific and technology journals, and has been the recipient of several scholarships and awards. At Indiana University, he has received the Indiana University, School of Informatics & Computing, Trustees Award for Teaching Excellence in 2006 and 2015 after developing the complex systems training program and syllabi for several courses.